Troublesome Turkey Gets a Hanging 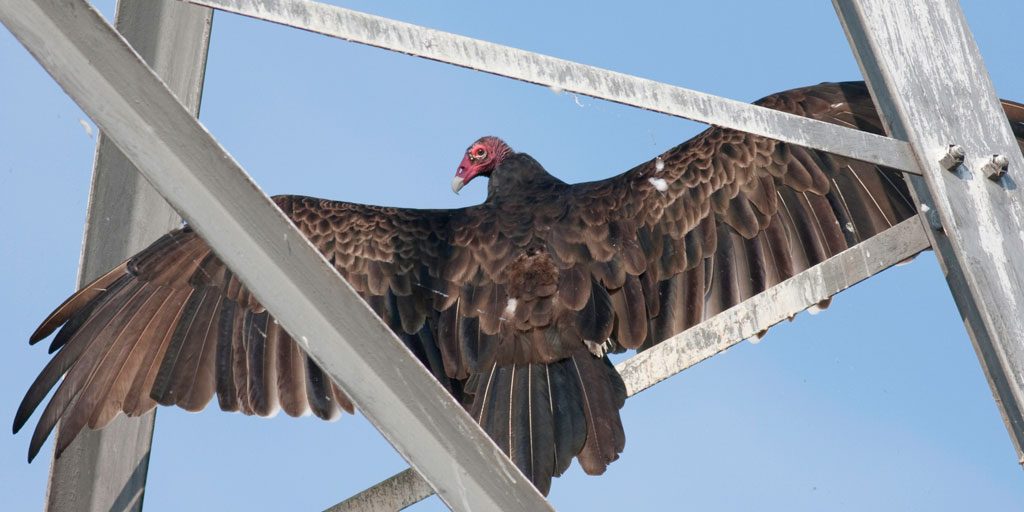 In the U.S there are reports of turkey vultures causing damage to residence’s roofs and stopping normal outdoor activity.  According to BirdBusters, “The bird droppings and nest contain fungal agents and parasites that carry a host of diseases including histoplasmosis, encephalitis, salmonella, meningitis, toxoplasmosis and more”.

So, to deal with the problem the Fort Madison City Council agreed on hanging a carcass on the structure to deter the birds.

“The carcass seems to be working,” Niggemeyer said, adding that the carcass was obtained legally from the Department of Natural Resources and will soon be returned to that agency.

Prior to hanging the carcass in effigy, city officials allowed Link to fire bottle rockets to scare away the birds, but that method had little impact.

“What next” says Alwyn Lomas, netting installing for Bird Proofing Australia.  “We go on site and see some crazy things people have done, usually fishing line, bird shooters and expensive sound machines” he said.  “I haven’t seen a dead carcass before, I could imagine the smell being quite unpleasant.”